Goa: A complete Guide on Tourism, Beach and Trip 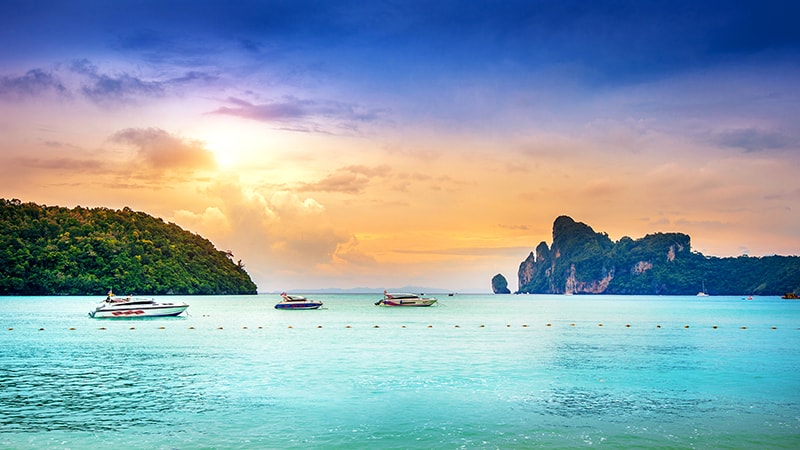 When one thinks of Goa, one of the first images that flash in their minds is sandy beaches and tall Palm trees. Situated on the southwestern coast of India, Goa is also known as Konkan and is separated from the Deccan Highlands because of the Western Ghats. Area-wise, Goa is India's smallest state and population-wise, it is the fourth-smallest state of India. Goa also ranks third among all the states in the human development index. Despite its small area and small population, Goa prides itself as the state with the highest GDP per capita among all Indian states. The 11th Finance Commission of India declares Goa as the best-placed state owing to its infrastructure, and India’s National Commission on Population, using the ’12 indicators’ named it the state with the best quality of life in India.

Geographically, Goa is surrounded by Maharashtra in the north, Karnataka in the east and south, while the Arabian Sea forms its western coast. Goa has a coastline of approximately 160kms. The capital of Goa is Panaji. The biggest city is Vasco da Gama, and Goa also houses the historic city of Margao, which showcases a confluence of Portuguese and Indian culture and tradition. Sonsogor, with an altitude of 1167 meters, is the highest point of Goa. Zuari, Mandovi, Terekhol, Chapora, Kumbarjua canal, Talpona and the Sal are the major rivers of Goa and are the busiest rivers of Goa.

They are fed by the Southwest monsoon rain and have a total of 253km navigable length. When the Kadamba dynasty was in power, it built more than 300 ancient water tanks and 100 medicinal springs, which still exist today. Goa also boasts of having one of the best natural harbours in South Asia, Mormugao harbour on the mouth of the River Zuari.

Goa’s soil is favourable to agriculture as soil cover is made up of laterites rich in ferric-aluminium oxides, and the soil is loamy and alluvial. The soil is rich in minerals and humus and red. The terrain of Goa boasts some of the oldest rocks in India. The rocks found in Goa are classified as Trondjemeitic Gneiss, estimated to be 3,600 million years old, dated by rubidium isotope dating. One such rock can be found in an exhibit at Goa University. 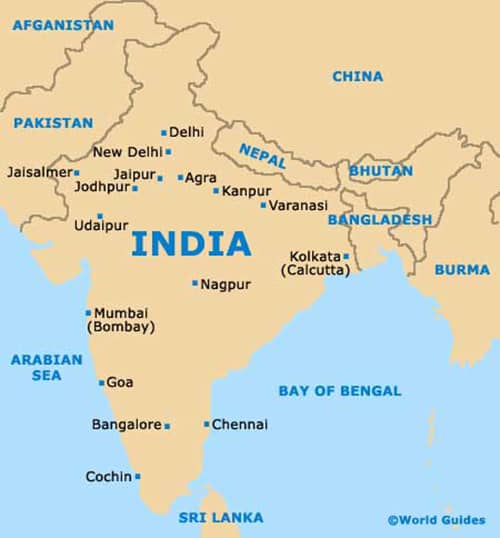 Goa was an overseas territory of the Portuguese Empire for approximately 450 years. In the 16th century, traders and merchants from Portugal came to Goa and conquered it, and till 1961 it was known as Portuguese India. In 1961, India annexed Goa, took full control of it, and declared it a state with Panaji as its capital.

The official language of Goa is the language spoken by the majority of the Goans, Konkani. Goa is a hot tourist spot not only for Indians but also for overseas tourists. Goa boasts magnificent beaches, thriving nightlife, divine centres, plush flora and fauna and beautiful places of historical significance.

Goa is typical of maritime climate owing to its location. In other words, Goa experiences a tropical monsoon climate which can be classified under the Koppen climate. Goa is near the Arabian sea and situated in the tropical zone and thus participates in a hot and humid environment for most of the months. A maximum of 35 degrees C is recorded in the state in May. The terrain is also full of humidity during these months. It has cool but not cold winters.

Goa is the fourth-least populated state of Goa. People living in Goa are called Goans. According to the 2011 census, Goa has a population of 1.459 million people. The population density of Goa is higher than the national average and stands at 394 per km2 and has the highest proportion of the population living in urban areas, with 62.17% population situated in urban areas.

Konkani in the Devanagari script is the official language of Goa according to the Goa, Daman and Diu Official Language Act, 1987. The Act also makes room for Marathi to be used “for all or any official purposes.” Therefore, any correspondence received in Marathi has to be reverted in Marathi only.

The proceedings and rituals in all Catholic churches in Goa are done in Konkani in the Roman script. Before the annexation of Goa to India in 1961, the state's official language was Portuguese under Portugal rule. Konkani is the first language of the majority of the people in the state. Other languages prevalent in the state are Marathi, Hindi, Kannada, Urdu and Portuguese language.

Goa, with its proximity to the sea, is popular for the wide, exclusive range of fish dishes it offers. The people of Goa love to eat rice with fish curry, and it is famous with tourists. Other major ingredients in the Goan cuisine palette includes coconut, coconut oil, chilli peppers, spices and vinegar, which gives their food a distinctive taste.

Other types of dosas and idlis are also indigenous to the state. Goa is known for its alcoholic beverage ‘feni’ all over India. This drink is made from the fermentation of the fruit of the cashew tree and another variant is made from the sap of toddy palms.

Goa has had a rich heritage, and Goans have developed various art forms. Because of the western influence, Goans influence musical instruments like piano, guitars, and violins. These instruments can be seen used in all types of functions and gatherings. Some famous Goan art forms are Corridinho, Mando, Dulpod, Fado, Dekhnni and Fugdi.

Music plays a vital role in the Goan households because of the opulent Portuguese influence. Goans love to live life wholeheartedly and often get together and lead an animate social life. The Goan theatre was known as ‘Tiatr’ or ‘Teatro’ also offers exciting options.

Goa prides itself for giving birth to famous Indian classical singers like Pandit Prabhakar Karekar, Mogubai Kurdikar, Kesarbai Kekar and many more. The Hindu population can be seen indulging in Bhajan, Kirtan and Natak. 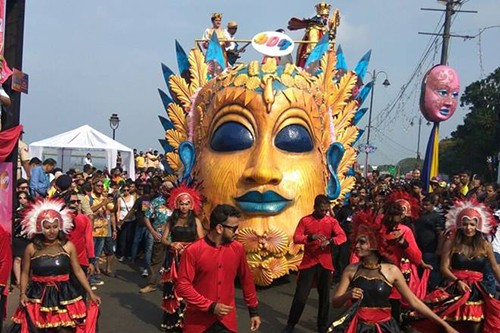 Goa has good connectivity all over the state and also has proper connectivity with other states. The government of Goa runs buses which connects all the major towns with all the small villages. The Kadamba Transport Corporation continuously has 15 bus stands, 4 depots, and 1 central workshop at Porvorim to link all of Goa. But public transport does not help the commuters much, and people usually have to rely on own their modes of transportation, and you can witness people on two-wheelers and small family cars.

One can also hire taxis for visiting Goa. You can also utilise motorcycle taxis operated by drivers called ‘pilots.’ They are considered the cheapest form of transport in the state. You can also use flat-bottomed ferry boats to travel, which are controlled by the river navigation department.

If you are planning to visit Goa, you can also fly to the Goa International Airport. Goa’s airport is situated at Dabolim near Vasco da Gama. The Goa International Airport is a civil enclave at INS Hansa and works as a Naval airfield. You can fly out to Dubai, Muscat, Doha, Kuwait and Sharjah with the help of multiple airlines like Air India, Air Arabia, Indigo and many more. Recently night operations have started, and the military allows civil airlines to fly during the night. The state also has a greenfield airport construction at Mopa in Pernem Taluka, which will be completed by 2022. 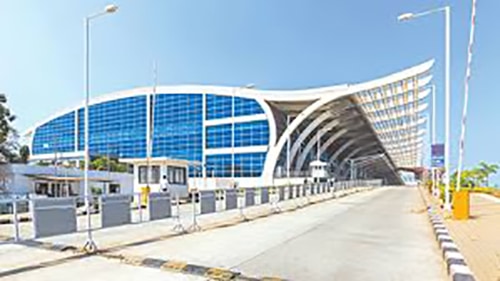 If you like to travel via train, you can reach Goa as it is well-connected by the Indian Railways. You can book your tickets for Margao railway station, and from this station, you can travel to different towns and cities via buses and taxis. The state runs on two rail lines- the first one is run by the South Western Railway, and the other is run by the Konkan Railway. 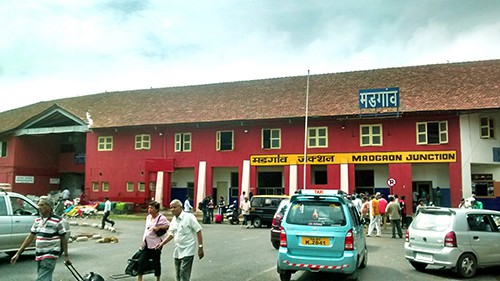 In the 1990s, a catamaran service was started between Mumbai and Panaji and was operated by Damania shipping, but it was closed down shortly. The ports handle international trade. The Mormugao Port Trust, near Vasco da Gama, is famous for taking containers of mineral ore, petroleum, coal and other international containers. These containers usually deal with minerals and ores mined from Goa itself. Panaji, the capital city, also has a small port on the banks of Mandovi, and it was used in the 1980s to ferry passengers in steamers between Goa and Mumbai. 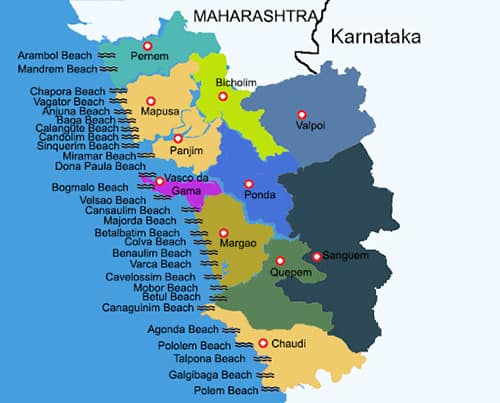